One of my subscribers (shout out to Romit Kulkarni) suggested why don’t I post about RBE2 Vs RBE3 elements. For many engineers these two elements lead to some confusion. I’ll be upfront with you, I was confused too.

If someone asks me which one I prefer – RBE2 Vs RBE3, in most cases I choose RBE3. Why? Keep reading to find out.

Note: Credit must be due where it should be: A lot of this information is taken from a presentation from the good folks at MSC Software. Click here for more details.

First of all, these two elements are not Exactly “RIGID” elements per say. They are both variations of an MPC (multi point constraint), but there are some important differences in terms of the use of RBE2 Vs RBE3 elements. So let us call them R elements.

The actual working definition is…

But in most cases, it involves more than one degrees of freedom.

In Figure 2, we can see that the simple rotation of the blue node drives both the translation and the rotation of the red node. Obviously, this representation is exaggerated. R-elements such as RBE2 and RBE3 are not suitable for large displacements and rotations. In such cases, it is better to use CBUSH elements and a non linear static analysis.

Looking at Figure 3, we can see how the small displacement theory applies to the R elements. Additionally, RBE2 elements will not allow any relative motion between the dependent red nodes. This is why it is important to consider using these at locations where the load member transferring the load (load path) is stiff. Also check that the expected deformations are small. Otherwise, use an RBE3 element as a means to transfer load without artificially stiffening up the structure like the RBE2 element does.

So, let us pause and note down some important points here:

The RBAR or RBE2 element can be used for connecting two nodes to model a ‘rigid’ welded type connection, with all 6 DOFs, or a pinned connection with 3 translational DOFs.

The RBE2 element can also be used to model a wagon wheel type connection between the independent and the dependent nodes. RBAR and RBE2 elements artificially add stiffness by constraining the system to follow a one to one linear displacement and/or rotational relationship between the connected nodes.

Comparing RBE2 Vs RBE3 elements, RBE3 on the other had is not a ‘rigid’ element so to speak. The motion at the ‘dependent’ node is a weighted average of the motion at the ‘independent’ nodes. This is why it is also known as an ‘interpolation’ R element. RBE3 elements do not add artificial stiffness to the structure like the RBAR or RBE2 elements do.

By default, the reference node (the single node at the tip of the element) DOF will be the ‘dependent’ DOF. Also note that the dependent DOF cannot be constrained (or omitted or supported, which I never tried to do or use personally). They are also not allowed to be part of another RBE element or MPC equation.

Another limitation when choosing between RBE2 Vs RBE3 elements is that RBE3 is capable of producing unwanted mechanisms. This can happen if there are insufficient independent DOFs to properly resolve the applied loads and moments for static equilibrium. Hence, care needs to be taken when defining an RBE3 element.

In general, three or more non colinear ‘independent’ grid points will do the trick for all the DOFs.

So exactly how does an RBE3 element work? Let us look at the element mechanics below.

We can see how the total load and moment at the 'independent' or 'master' nodes CG (center of gravity) is mapped as equivalent force couples at the nodes. The 'W' values are weighting factors that you can specify.

Meaning, you can specify that the master nodes can take more (for example >1.0) or less (for example <1.0) or no load at all (= 0.0) in a particular direction. An example situation may be different diameter fasteners or type of fasteners, different materials at the end of the RBE3 element etc.

The 'dependent' node here is the 'slave' node, whose displacement is controlled by the weighted average of the 'independent' or 'master' nodes. Mass is also smeared onto the master nodes in a similar fashion.

Some examples of RBE3 modeling would be a heavy base excitation, or a heavy mass connected to other parts of the geometry, floor fittings or upper attachment connections in cabin interiors made from aluminum alloys etc.

R elements are some of the most versatile elements commonly used in FEA, hopefully this post helps you use them more appropriately. 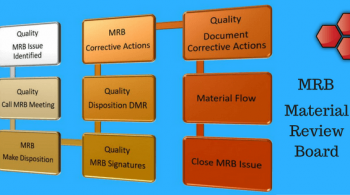