There are some very important differences between these elements. What type of element you use can have major impacts on your model.

Are you ready? Alright then, let us begin with the star of all, the CBUSH element.

A CBUSH element is a ZERO Dimension (can be used with coincident nodes) generalized spring and damper element.

It is defined in nastran using the CBUSH element card between two nodes, and the PBUSH property card. It is versatile, has powerful capabilities and one element is sufficient to define stiffness along multiple degrees of freedom.

Note the property definition dialog box above. Individual stiffness values, damping coefficients and structural damping coefficients can be defined along each of the 6 degrees of freedom available with this element. In addition, the location of the damper can be defined along the length of the element (indicated in the figure above with a 0.5 or middle of the element).

If the orientation coordinate system is left blank, then the default method is to define X axis of the element from node 1 to node 2, then Nastran calculates the remaining two axes based on the element orientation vector or node selections. Nonlinear Force Vs Displacement functions, Frequency dependent Force/Velocity, Stiffness and Structural Damping functions can also be defined along each individual DOF. Stress and strain recovery coefficients can be specified for translations and rotations (personally, I am yet to use this feature).

Here is a nice paper from MSC that goes into a lot more detail on using the CBUSH elements to simulate fastener joints: Fastener Modeling

So we can clearly see now why a CBUSH element is one of the most widely used spring elements in nastran.

Application: A good example for using this element in aircraft cabin interiors is to simulate the stiffness of a panel pin connection in different directions, using one single property.

Click this link to learn more about the element coordinate system and orientation impacts on a simple model: Nastran CBUSH Element Orientation

We can see that the main difference compared to a CBUSH element is that you can only connect one DOF at a time, either X to X or X to any of the other DOFs. But you must ask yourself, does it makes sense to simulate a valid mechanism in the model with this approach? If yes, needless to say, this element’s capability to achieve this can be very powerful.

We can also see from the dialog box that various functions can be used for displacement and frequency dependent attributes of the element along the connect DOFs.

Application: A good example for using this element in aircraft cabin interiors is to simulate aircraft structure interface stiffness along three different directions. The same can also be done with a CBUSH element.

I prefer to use the DOF spring element at these locations as it makes extraction and compiling unit interface loads a little easier.

And finally, we have the weird one among the spring elements in nastran, the axial/torsional spring/damper element. You will notice that the same dialog box that is used to define the CBUSH element is also used for this element except the CROD/CVISC formulation radio button is selected as shown in the figure below.

The reason I say its weird is because of the way it is written out using a MAT1 entry, a CROD entry and a PROD entry in the input deck. Note that this element can only be used either as a spring element with axial/torsional stiffness OR a damper with corresponding coefficients. You cannot use both stiffness and damping simultaneously. If you want this, then you must use the other two elements above.

We all know that the axial spring stiffness of a simple bar:

L is assumed to be 1.0 units. Thus, when you define the spring axial stiffness, internally the stiffness formula for K is used and calculated using the MAT1 and PROD entry fields for E and A respectively. So the MAT1 card is written out with a Young’s Modulus value of 1.0E6 psi and a PROD entry is written out with an area of cross section of 0.001 for numerical calculation purposes to arrive at a spring axial stiffness of 1000lb/in as shown in the figure above.

The Axial spring element is not capable of nonlinear behavior and hence cannot be used to define fucntions like the other spring elements in nastran.

Application: A good example for using this element in aircraft cabin interiors is to simulate the axial stiffness of a tie rod, or maybe a lanyard connection (which is generally considered non structural).

So there you have it. I hope you found this article useful. Now, it can only get better if you let me know what you think. So make sure you comment below and let me know.

Be Confident in Your Job & Interviews, Enroll Today… 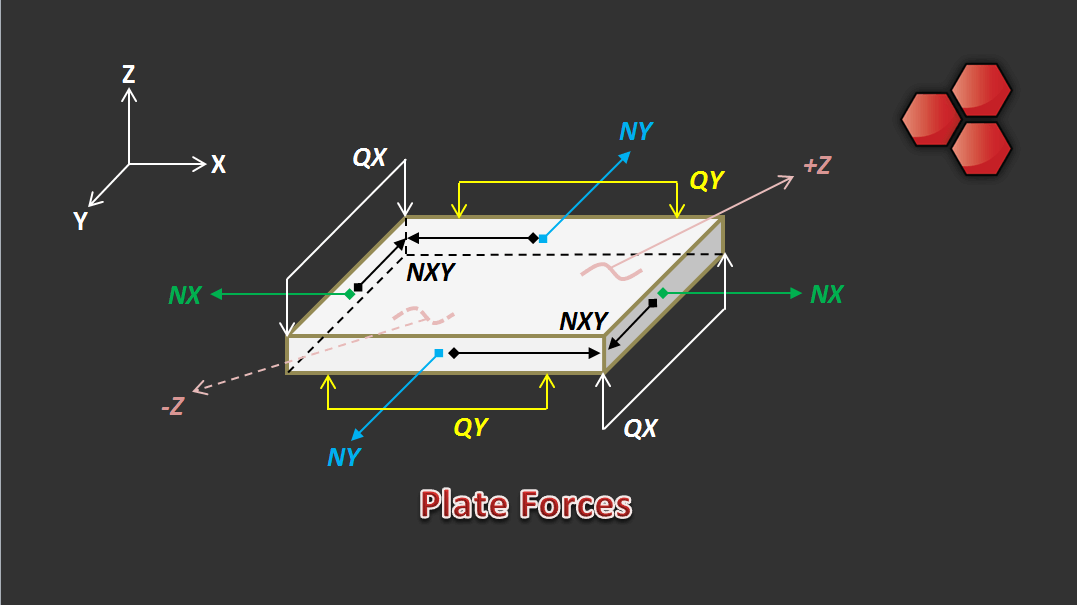